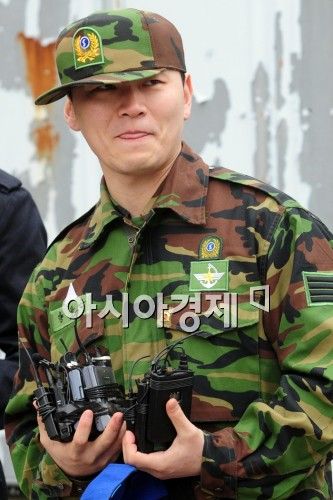 Korean singer and actor Yang Dong-geun will be making his acting comeback through film "Grand Prix", according to the film's producer Sidus FNH on Monday.

Sidus FNH announced in a press release that Yang has been cast as the film's male lead which had originally been set to be played by Hallyu star Lee Joon-gi before he dropped out to go to the army last week as part of fulfilling Korea's mandatory military duties.

Yang, on the other hand, was recently discharged from the military after serving his two years in the force and has chosen "Grand Prix" as his comeback project.

"I really loved the script which tells a story of hope", the actor was quoted as saying. "I am looking forward to it because the atmosphere on set is really great too".

Yang, who starts shooting the pic later this month, will be portraying a jockey named Woo-seok who befriends and supports a female jockey, played by top Korean actress Kim Tae-hee.

The plot revolves around the two's budding friendship as well as their challenge to compete in the grand prix with a new horse.

Known for playing unconventional characters with his unique style of acting, Yang also starred in several notable dramas and films including "Wild Card" (2003), "Fighter in the Wind" (2004) and hit TV series "Ruler of Your Own World" (MBC, 2002), co-starring actress Lee Na-young.

"Grand Prix", which will wrap up shooting in July, is set for release around the Korean Thanksgiving holidays in September.