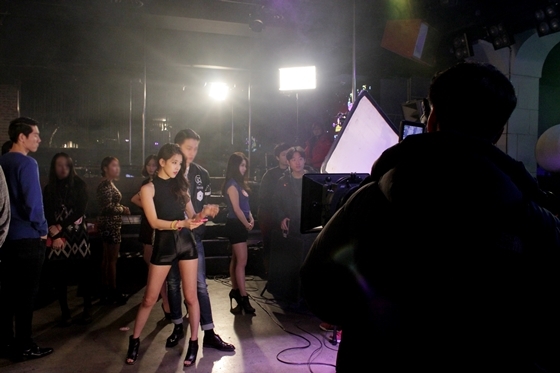 Yang Ji-won from the group Spica revealed a scene from the new SBS drama "Divorce Lawyer in Love".

The picture was taken on the set and she posted, "The first episode is on the 18th! Watch it!".

Yang Ji-won stands out amongst the busy staff and she looks like she's concentrating hard on her script. In another picture, she's wearing a revealing outfit standing close to a stranger at a club.

Yang Ji-won takes on the role of Yoo Hye-rin. She's a brand-killer who slowly changes as her marriage life goes down the drain.

"Yang Ji-won reveals making scene of "Divorce Lawyer in Love""
by HanCinema is licensed under a Creative Commons Attribution-Share Alike 3.0 Unported License.
Based on a work from this source