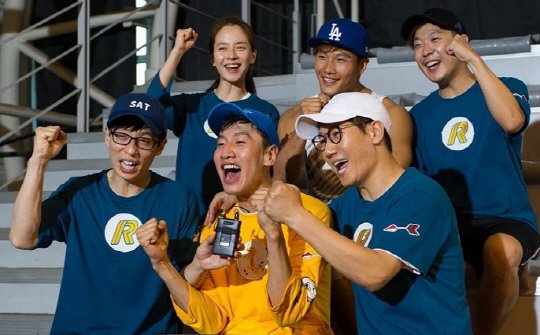 Yang Se-chan and Jeon So-min are starring in "Running Man".

According to sources, they are the new members of "Running Man" and they will be joining Yoo Jae-suk, Ji Seok-jin, Kim Jong-kook, Song Ji-hyo, Haha (Haha) and Lee Kwang-soo.

"Running Mate" is the new "Running Man". They will act as a team to undergo several projects. Yang Se-chan's brother Yang Se-hyung is in "Infinite Challenge".

About the two new members joining the team, the old members agreed wholeheartedly.

SBS has is expecting a lot from "Running Man". It is said that the chemistry between the existing members can't be replaced and tremendous support is being given to the show.

"Yang Se-chan and Jeon So-min in the new Running Man"
by HanCinema is licensed under a Creative Commons Attribution-Share Alike 3.0 Unported License.
Based on a work from this source