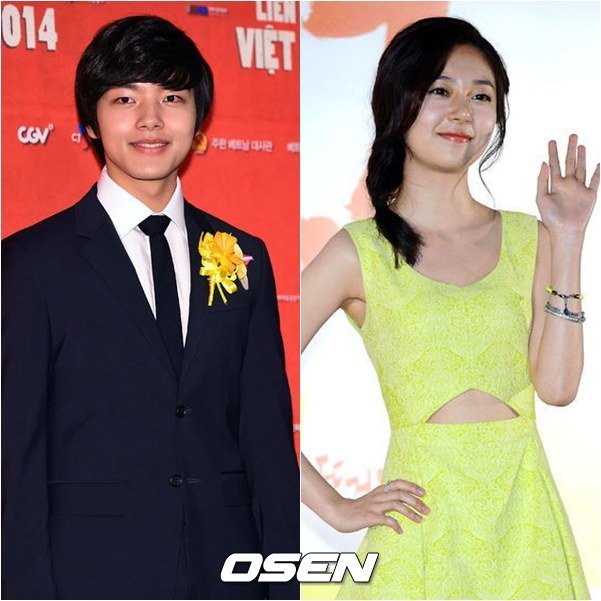 Actor Yeo Jin-goo and actress Baek Jin-hee have been announced as ambassadors for the Seoul International Youth Film Festival (SIYFF), which is the largest children's film festival in Asia.

The SYIFF officials claimed the two were chosen because of their positive influence to children and which kids could easily relate to them. It's expected that Yeo Jin-goo and Baek Jin-hee could lead the children in the right direction by becoming their role models.

Yeo Jin-goo who debuted with "Sad Movie" (2005), is a trendy star who's establishing a good career with many dramas and movies. He was acknowledged in 2012 by starring in the drama "The Sun and the Moon" as Kim Soo-hyun's younger self, Lee Hwon. He further appeared in "Missing You", "Potato Star", "Hwayi : A Monster Boy" and more. He's starring in a movie based on the best selling book called "Shoot My Heart", as Soo-myeong. He's starring alongside Lee Min-ki.

Baek Jin-hee became popular through the sitcom "High Kick 3, The Short Legs Counterattack" and earned the praise of viewing age levels for her performance in "Gold, Appear!". She starred in "Empress ki" in an antagonist role which proved her maturity in acting. She's currently in the MBC drama "Triangle - Drama".

Meanwhile, Yeo Jin-goo and Baek Jin-hee will appear at a press conference this coming 23rd to meet with the audience and do voluntary work from the 21st of August to the 28th. The Seoul International Youth Film Festival (SIYFF) starts on the 21st of August and lasts for 8 days.

"Yeo Jin-goo and Baek Jin-hee named promotional ambassadors for Seoul International Youth Film Festival"
by HanCinema is licensed under a Creative Commons Attribution-Share Alike 3.0 Unported License.
Based on a work from this source