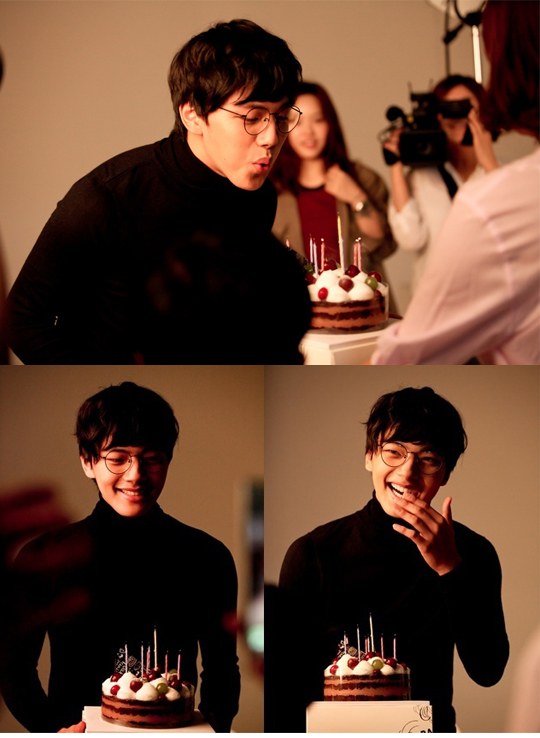 Pictures of Yeo Jin-goo on his birthday were revealed on the 15th.

Yeo Jin-goo turned 17 on the day he was taking poster pictures for the tvN sitcom "A Sweet Potato Shaped Like a Star". Pictures show the actor holding a cake and smiling brightly, looking as handsome as ever. Playing the role of mysterious character Hong Hye-seong, many can't wait to see how the matured and smarter looking Yeo Jin-goo will appear in the sitcom.

According to tvN, co-actor Choi Song-hyun had secretly prepared a cake for the young actor on the 13th during a poster shoot. Everyone including Kim Dan-yool, Jeong Joon-won and staff members celebrated his birthday with him when the shoot was over.

Yeo Jin-goo thanked everyone personally at the surprise event and the small party seemed very family-like.

Yeo Jin-goo said, "I am touched by this surprise from everyone and I hope we can work together in such a good environment like this".

"A Sweet Potato Shaped Like a Star" is a sitcom about the things that happen to the Noh family when a mysterious potato star falls to the earth one day. The production team is made up of the same members from the "High Kick!" series and the cast makes up an even better crew. To be aired in September.

"Yeo Jin-goo's 17th birthday party"
by HanCinema is licensed under a Creative Commons Attribution-Share Alike 3.0 Unported License.
Based on a work from this source