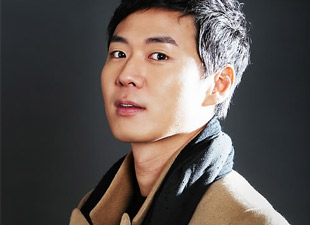 According to the Seoul Central Public Prosecutors' Office on January 2nd, a certain CEO "Mr. Shin" of a "P" movie production company was arrested for borrowing a large sum of money from actor Yeon Jung-hoon and not paying it back.

The current charge is that Shin had met Yeon on September 14th in 2010 at a hotel in the Gangnam area. He begged to borrow 201 million won from Yeon, promising to pay it back within a week. Thus Yeon went to get a 300 million won loan to have the funds for Shin.

Furthermore, according to police investigations, Shin had asked Yeon if he could use Yeon's car as collateral to take out a loan. In the meantime, he had an item he was going to obtain an appraisal statement for to sell. He promised Yeon that earned money to pay him back.

There was another instance on November 5th of 2010 where once Shin started to feel the pressure of having to repay the loan, he told Yeon he'd change the investment and development division/company's head name to Yeon's so that he could receive the investment money. And he conned Yeon into giving him another 42 million won under the pretense of needing it to transfer the title.

Also, there was another failed attempt on November 7th of 2010 where Shin tried to push Yeon to take out another separate 100 million won loan for Shin to rip off.

"Yeon Jung-hoon, Victim Of A 200 Million+ Won Con Case "
by HanCinema is licensed under a Creative Commons Attribution-Share Alike 3.0 Unported License.
Based on a work from this source