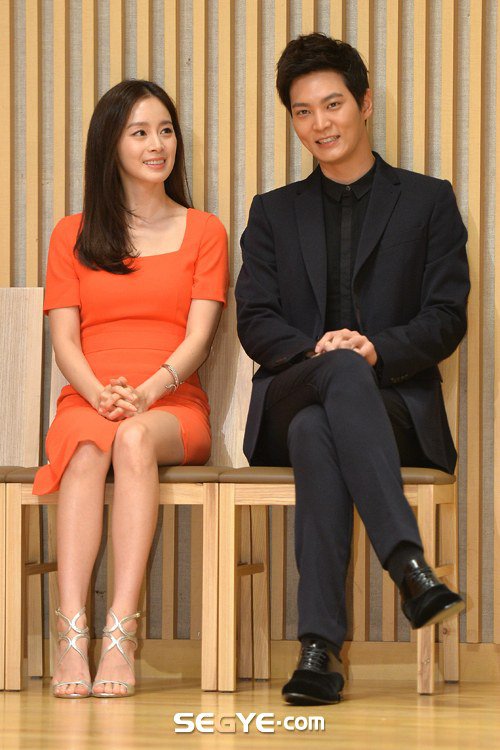 Kim Tae-hee had something surprising in the past.

She was interviewed after the drama "Screen" a while back and she'd said, "I am Catholic so I'm quite conservative in some ways. I don't believe in sex and pregnancy before marriage".

She added, "I'm obtuse and I don't know how to be sly. I used to get scolded by the director a lot. I couldn't get past a day without getting scolded".

She also mentioned a boyfriend from the past and said, "I wanted to ensure him. He was the same age as me and he was against me becoming a celebrity. I wanted to show him that I wouldn't change".

Meanwhile, Kim Tae-hee stars in the new SBS drama "Yong Pal" as a heiress in a coma of a hospital where freak doctor Kim Tae-hyun (Joo Won) resides.

""Yong Pal" Kim Tae-hee, "I don't believe in sex before marriage""
by HanCinema is licensed under a Creative Commons Attribution-Share Alike 3.0 Unported License.
Based on a work from this source