Yoo Ah-in answered 'I love You' to IU's confession 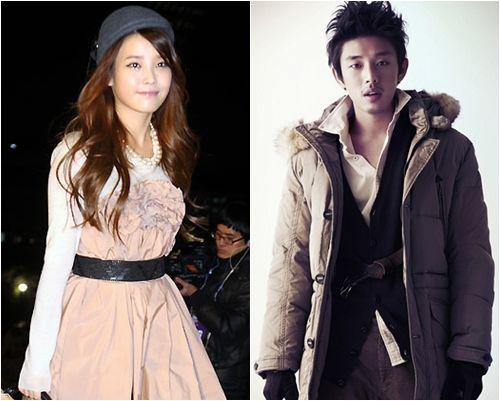 Actor Yoo Ah-in answered openly about singer IU's confession that he is her dream husband.

Yoo Ah-in attended for 25th Golden Disk as a presenter on the 9th.

Park Min-young, who came along with Yoo Ah-in, said, “IU confessed that Yoo Ah-in is her dream husband.” To this, Yoo Ah-in answered right away, “I love you IU,” and said IU abashed.

IU recently appeared in KBS 2TV 'Hello' and selected Yoo Ah-in for 'Actor that you want to be in scandal with'. Yoo Ah-in was beloved by many female fans while he appeared in 'Sungkyunkwan Scandal' as 'Guloh' Moon Jae-sin.

On the other hand, IU, who released her third Mini Album 'Real' on 8th, will have her comeback stage in 'Music Bank' on the 10th.

"Yoo Ah-in answered 'I love You' to IU's confession"
by HanCinema is licensed under a Creative Commons Attribution-Share Alike 3.0 Unported License.
Based on a work from this source