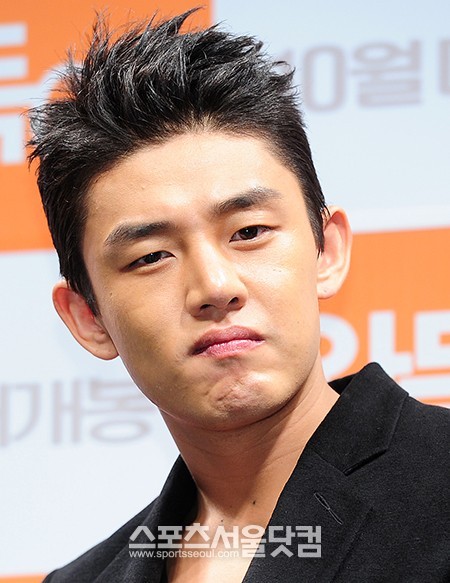 Actor Yoo Ah-in made a remark to politics.

He posted a meaningful comment on his Twitter, "I saw the big bowl. I saw something new. Don't celebrities have the right to vote? Are we only supposed to post self cams of ourselves? I want what I want and I feel what I feel. I think about the size of the one vote I get and I commented according to size".

Previously, he posted something bitter about the resignation of the candidate Ahn Cheol-soo. "Talk about beautiful unification. Be ashamed of criticizing Ahn Cheol-soo. Are you happy? The opposition is the same for not putting down authority. Fight for all you want. Authority has lost its root and target. It's only for itself" he had criticized at politics.

Candidate Ahn declared resignation at the Truth Camp in Seoul. He said, "I will fight war as an enlisted man for politics. Candidate Moon Jae-in and I haven't been able to narrow our opinions. We couldn't come to terms with the government-mediated settlement and I don't think it's right to conflict with unification here now".

"Someone has to leave and I will do so. Therefore, please forget the conflicts we had before and support Moon Jae-in".

"Yoo Ah-in makes a remark to politics"
by HanCinema is licensed under a Creative Commons Attribution-Share Alike 3.0 Unported License.
Based on a work from this source