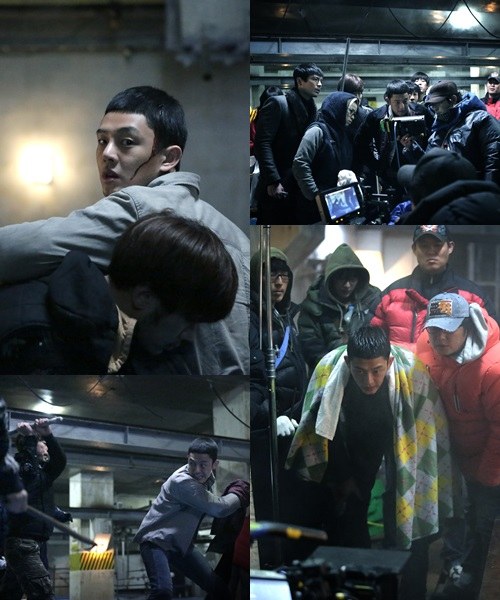 Actor Yoo Ah-in was seen on the set for the movie "Tough as Iron".

An action scene in the middle of summer was taken in an ice manufacturing factory where the temperature maintained from 15~30 degrees Celsius.

Despite the mental and physical challenge, this action scene was taken again and again every five minutes with four cameras changing angles.

Yoo Ah-in discussed routines with his opponent before going on camera to make it look like ge wasn't good at fighting in the movie.

Yoo Ah-in's "Tough as Iron" is about a Busan guy named Kang-cheol who's lived through the world with nothing but toughness until he is put in a path where his life would turn upside down.

"Yoo Ah-in's first action movie "Tough As Iron""
by HanCinema is licensed under a Creative Commons Attribution-Share Alike 3.0 Unported License.
Based on a work from this source