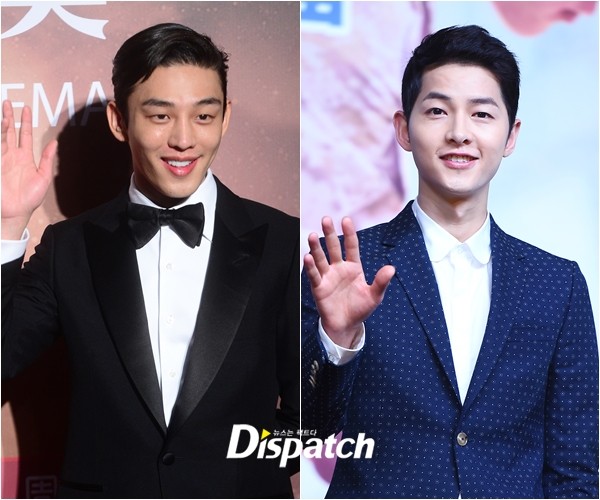 The nominees for TV dramas include SBS' 'Six Flying Dragons', MBC's "She Was Pretty", KBS 2TV's 'Descendants of the Sun' and tvN's 'Answer Me 1988' and "Signal".

The nominees list for Best Actress awards also looks prominent. 'Descendants of the Sun' Song Hye-kyo, "She Was Pretty" Hwang Jung-eum, "Signal" Kim Hye-soo, 'Answer Me 1988' Ra Mi-ran, "I Have a Lover" Kim Hyun-joo have been nominated.

For Best Actress in film section, "Coin Locker Girl" Kim Hye-soo, 'Alice In Earnestland' Lee Jung-hyun, "The Shameless" Jeon Do-yeon, "The Assassination" Jun Ji-hyun, and "Beauty Inside" Han Hyo-joo compete with each other.

A special corner has been prepared as well. Best Film General View (and conversation with the audience) event has been introduced to the award for the first time this year. "4th Place", 'Inside Man', "DongJu, The Portrait of A Poet", "Veteran" and 'The Assaissnation' will participated in this special event.

General View films will be shown in MegaBox Samsung-dong starting May 9 to May 20th. And then the conversation with the audience, producers and directors will take place later.

"Yoo Ah-in vs Song Joong-ki, Baeksang Arts Awards unveils list of nominees"
by HanCinema is licensed under a Creative Commons Attribution-Share Alike 3.0 Unported License.
Based on a work from this source