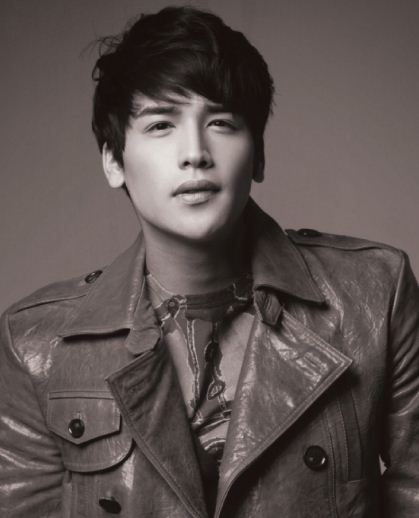 Actor Yoo Gun has been cast as the main actor of the upcoming KBS 1TV drama "Sweet Springs".

This drama is about the main character reuniting with his mother and overcoming the conflict and confusion he goes through with his foster family and real family.

Yoo Gun takes on the role of producer Ha Jae-seong. He's had the hots for Choi Se-yeong (Park Se-young) since he was a reporter.

Yoo Gun completed military service in December last year and has been waiting patiently for something good to come up.

Yoo Gun said, "I am glad to be able to take on this role but I am also pressured to do well. I won't disappoint you".

This drama will be aired this 29th after "Cheer Up Mr. Kim".

"Yoo Gun in "Sweet Springs""
by HanCinema is licensed under a Creative Commons Attribution-Share Alike 3.0 Unported License.
Based on a work from this source