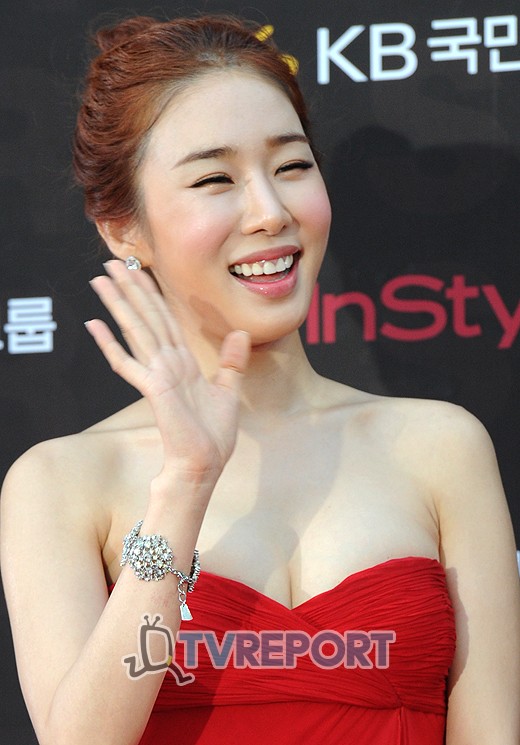 Actress Yoo In-na spoke about how she felt at the end of the drama.

Yoo In-na was Kang Se-ri from the same idol group as Goo Ae-jeong in "The Greatest Love".

She wrote on her fan café on the 22nd after her last shoot, "I'm strangely thirsty for acting right now".

Yoo In-na had played the cute and bright characters in MBC "High Kick Through The Roof", SBS "Secret Garden" and movie "My Black Mini Dress" but had gone through a change in this drama.

Worried and concerned all throughout the drama because of her new character, she said, "I don't think I've ever been this concerned and sensitive before. That's why I think I'm more disappointed that its ending".

She continued, "I know I am not perfect but I am working on it. I've learnt a lot this time. I won't let this go to waste and show you improved acting".

Meanwhile, Yoo In-na will take a break and prepare for her next project.

"Yoo In-na says "I don't want it to end""
by HanCinema is licensed under a Creative Commons Attribution-Share Alike 3.0 Unported License.
Based on a work from this source