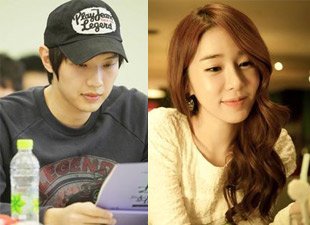 Actress Yoo In-na has stated she will not be there at the site of her boyfriend Ji Hyun-woo's entry into the military.

According to Yoo's agency on August 6th, Yoo has decided not to be there at the site on August 7th, when Ji will be starting his compulsory military duties.

The agency continued, "Of course Yoo wants to be there, but she has decided to not attend because it may take away from the fans. She wants it to be a time solely for Ji Hyun-woo and his fans".

Yoo also didn't attend the last fan meeting that Ji held for his fans before his service on July 23rd.

Ji will be entering on August 7th at 2 PM at the training facilities in Chuncheon. He will spend the one hour before with his fans to say goody-bye.