Yoo In-young transforms into a woman of autumn... starting with the small screen, the silver screen, and she now dominates the advertisements 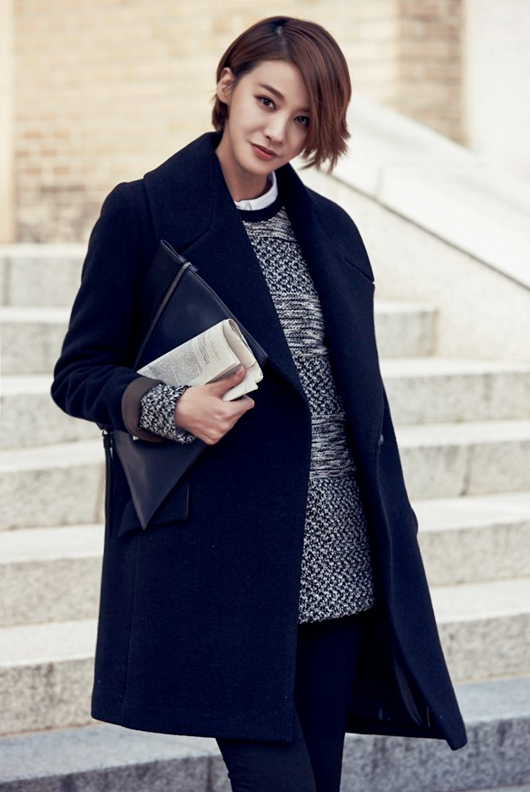 Actress Yoo In-young has become the muse of the casual brand 'PAT.' She had recently been hired as the main 'P.A.T.' model and finished shooting the 2015 F/W season photo spread with actor Lee Dong-wook.'The photo spread shoot, which was conducted recently somewhere in the Gyeonggi Province, used the concept of "Roman Holiday". Like the characters in the movie, the motifs of anticipation for travel, love, and happiness were reinterpreted and the shoot was based on the timeless natural colors and a retro classic feel.

It is rumored that Yoo In-young was praised by the crew as professional for not only stylishly posing in all the outfits using her tall physique and charm, but by also wearing winter outfits in the blistering heat without losing her smile.

The manager of PAT's brand communication team revealed the reason for offering the model position to her as being "we thought Yoo In-young with her tall height, which can not only handle PAT's newly released TfC line but also handle the Formal & Active line, and with her glamorous body and chic, but loveable face was the perfect actress to present our elegant and stylish products at a time when the brand is reinventing itself".

The SBS Wednesday-Thursday drama "Mask" in which Yoo In-young is playing the "hard to hate" villainess "Choi Mi-Yeon" is ending on the 30th after airing its 20th episode.

"Yoo In-young transforms into a woman of autumn... starting with the small screen, the silver screen, and she now dominates the advertisements"
by HanCinema is licensed under a Creative Commons Attribution-Share Alike 3.0 Unported License.
Based on a work from this source