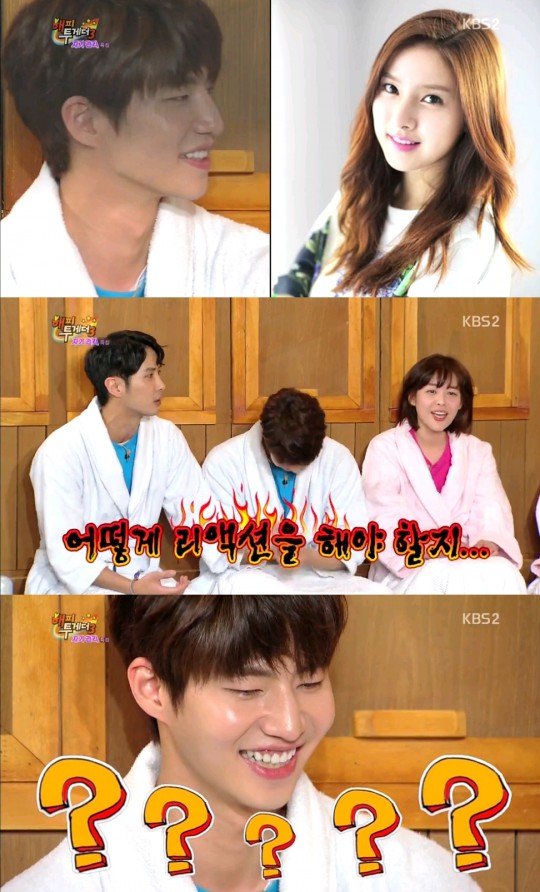 The February 26th show of KBS 2TV's talk show, "Happy Together 3" has presented a special program, 'King of self-management'. The celebrities representing each specialty, who gathered together for the show, were Song Jae-rim as a king of image management, Lee Ha-na as king or queen of blood circulation, Kim Hye-eun as queen of fitness, Kim Ji-suk as king of budget control, and Kim Yewon as a queen of relationship control.

Song Jae-rim played pun saying, "I sometimes have toothache". Kim Ji-suk said "I'm not sure how I should react to this", which made the crowd laugh".

Kim Ji-suk also opened up about Song Jae-rim's personality. He said, "If you continue conversation with Song Jae-rim, then you get to have several question marks. If Lee Ha-na is well known for being four dimensional ( as in 'hard to explain'), then Song Jae-rim should be ten dimensional". 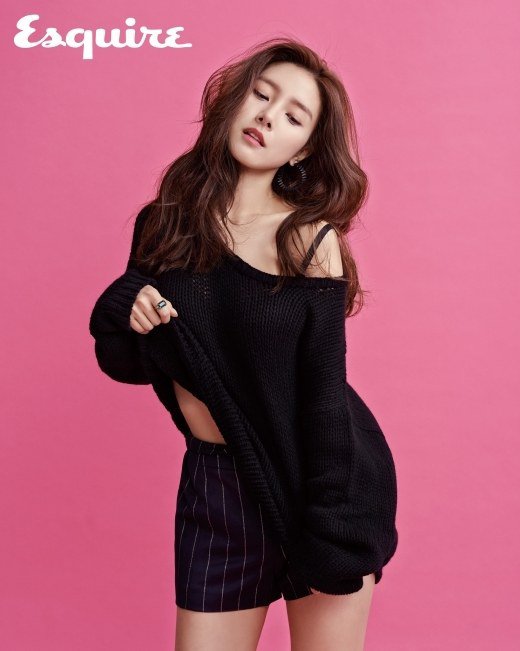 "Yoo Jae-suk discloses, "Kim So-eun says Song Jae-rim is a strange oppa" "
by HanCinema is licensed under a Creative Commons Attribution-Share Alike 3.0 Unported License.
Based on a work from this source