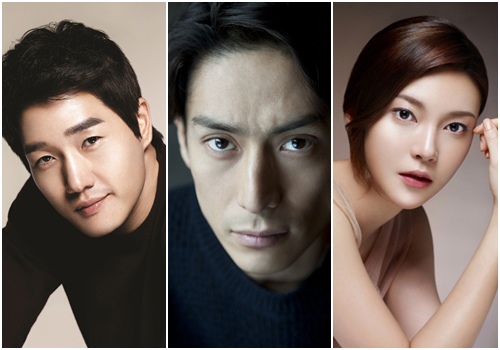 Director Kim Sang-man says, "This character needs more than acting in this movie. He needs to speak Japanese and English and even pull off the challenge of an opera singer".
About Yoo Ji-tae he says, "His vocal talents, will and efforts should create the perfect Bae Jae-cheol. I couldn't think of anyone else but him".
Yoo Ji-tae is practicing the opera for more than 4 hours a day to express Bae Jae-cheol. He is also learning English and Japanese from native speakers.
He said, "I am working hard to look like a real opera singer to the audience".

"The Tenor Lirico Spinto" will crank in on the 3rd, and the filming will take place in Japan and Serbia.

"Yoo Ji-tae and Cha Ye-ryun in "The Tenor Lirico Spinto""
by HanCinema is licensed under a Creative Commons Attribution-Share Alike 3.0 Unported License.
Based on a work from this source