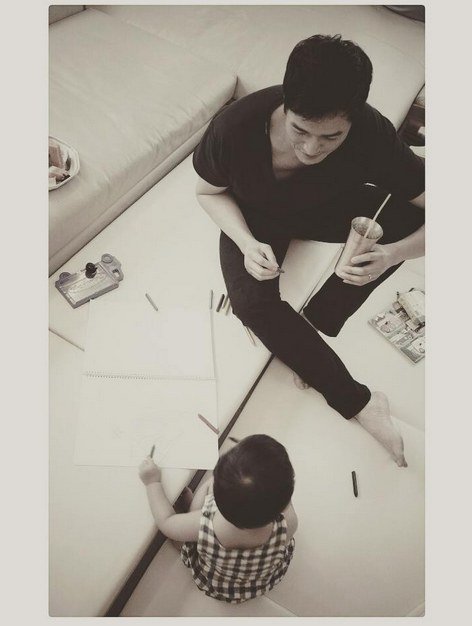 So Yoo-jin posted on her Instagram on the 9th, "Soo-in's daddy is a great teacher for my son. Thanks to him, the mother's get a break". Yoo Ji-tae has a son named Soo-in and his mother in Kim Hyo-jin.

Yoo Ji-tae in the picture is drawing pictures with Baek Yong-hee. Yoo Ji-tae and Kim Hyo-jin are close to So Yoo-jin and Baek Jong-won.

Meanwhile, So Yoo-jin got married to businessman Baek Jong-won in January of 2013 and had a son in April the following year. She's expecting a second child this September.

"Yoo Ji-tae becomes art teacher for So Yoo-jin's son"
by HanCinema is licensed under a Creative Commons Attribution-Share Alike 3.0 Unported License.
Based on a work from this source