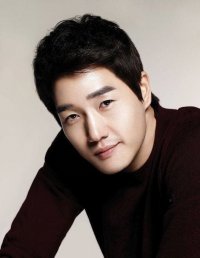 Yoo Ji-tae, 32, won an award not as an actor, but as a director at Japan's 2008 Short Shorts Film Festival Asia, Wednesday. His third short film "Out of My Intention" won him the Special Mention Award at the fifth edition of the movie event, which came to a close Sunday in Tokyo.

Yoo is better known as a star of movies, such as the Cannes Grand Prix-winner "Old Boy" (2003) and mellow love story "Ditto" (2000). He made his directorial debut with "Bike Boy", which won the audience award at the 2003 Busan Asian Short Film Festival.

"Out of My Intention" is his third directorial project and second to win an award in Japan. In 2005, "How Does the Blind Dream" won the Fuji Film award for excellent work. All three films were screened at the Short Shorts Film Festival Asia. After serving on the jury of the competition section last year, Yoo returned as a special seminar guest.

His recent work, like his other works, is about love. Telling the story of a middle-aged man who reminisces about his first love while driving around, it stars veteran actor Lee Dae-yeon and young actress Jo An. It was released in Korea in March.

"Yoo Ji-tae Receives Japan Short Film Award"
by HanCinema is licensed under a Creative Commons Attribution-Share Alike 3.0 Unported License.
Based on a work from this source