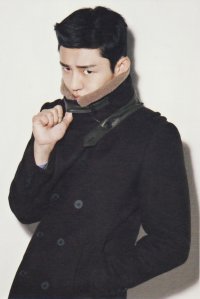 The Tokyo Short Shorts Film Festival, one of the major short film festivals, opens on June 6 and YOO's short film will feature in the competition section. Afterwards, from June 26 until July 2, "Out of My Intention" will be back in Korea in the imaginative power section of the 7th Mise en Scene Short Film Festival.

Out of My Intention stars Jo An ("Project Makeover" - "Go Go Sister"/Eonniga Ganda) and LEE Dae-yon (Camel(s)/Nakta(deul)). The two share a car, but seem to be in different worlds when they try to communicate.

YOO debuted as a short film director in 2003 with "The Bike Boy" (Jajeongeo Sonyeon). His next short film "How Does the Blind Dream" (Jangnimeun Mooseun Kkoomeul ayo) was screened at the Pusan Asia Short Film Festival in 2005.

"YOO Ji-tae's short film to Tokyo and Seoul fest"
by HanCinema is licensed under a Creative Commons Attribution-Share Alike 3.0 Unported License.
Based on a work from this source