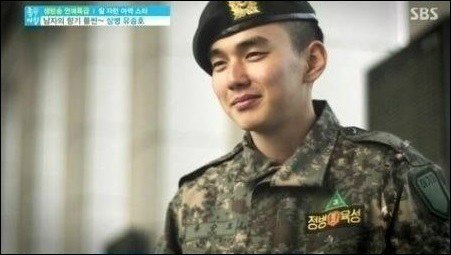 Actor Yoo Seung-ho who joined the military in 2013 is back and he announced yesterday that he'd coming back with "The Joseon Magician".

Yoo Seung-ho completed his 21 months of National Service on the 4th in Gangwon-do.

He greeted the fans that came to see him and said, "I came here in 2013, but I never really said goodbye to any of you. I am happy to do this now that I'm done. It's been an honor".

He continued, "I wish someone was happy after watching my next drama "The Joseon Magician"".

"The Joseon Magician" is directed by Kim Dae-seung, about a magician in a dangerous love, cheating fate after getting involved in a scheme.

"Yoo Seung-ho's discharge with tears"
by HanCinema is licensed under a Creative Commons Attribution-Share Alike 3.0 Unported License.
Based on a work from this source