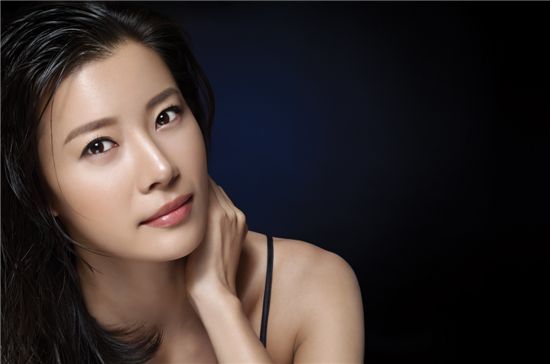 Korean actress Yoo Sun has been tapped as the new face of Japanese skin care brand Grace Aiko, according to her agency Yedang Entertainment.

"We picked Yoo Sun because fits our brand image with her clear skin despite being in her 30s...... We expect her to be effective in both promoting our brand and increasing sales", a representative from Grace Aiko said.

The actress recently finished shooting a TV commercial and will attend events and functions for the rest of the year as part of the brand's promotional campaign.

Yoo Sun, 34, has appeared in numerous Korean films, dramas, plays and musicals since her debut in 1999. She won the award for best supporting actress in 2003 by major broadcaster SBS and the prize for best actress in 2004.

Her thriller film tentatively titled "Moss" in English, by critically acclaimed director Kang Woo-seok of "Silmido" and "No Mercy" fame, is set for release within the first half of the year.

"Yoo Sun becomes new face of Japanese cosmetics brand"
by HanCinema is licensed under a Creative Commons Attribution-Share Alike 3.0 Unported License.
Based on a work from this source