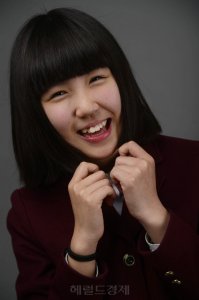 The South Korean Actress Yoo Yeon-mi was awarded Saturday on Dec. 15, 2007 the title of best female interpretation by the seventh edition of Marrakech International Film Festival for her role in "With a Girl of Black Soil".

The Golden star Award of the FIFM was attributed to the Estonian film "Autumn Ball" by Director Veiko Ounpuu, while Tommi Korpela, has got the best male interpretation award for his performance in "Man's Job'" of Finnish Director Aleksi Salmenpera.

The movies "The Hard-Hearted" by Russian filmmaker Alexey Mizgirev and "Slingshot" directed by Philippino Director Ma Mendoza, received both the jury award.

The seventh edition of FIFM, which paid tribute to Hollywood star Leonardo Di Caprio and to Moroccan Director Mustafa Derkaoui, was characterized by the participation of Some 110 films from 23 countries, notably from Estonia, Algeria, Japan, Czech, Finland, Philippines, Russia, China, United States, Serbia, Mexico, South Korea and the Netherlands, in addition to Morocco.

"Yoo Yeon-mi Gets Best Female Interpretation by the Marrakech International Film Festival FIFM"
by HanCinema is licensed under a Creative Commons Attribution-Share Alike 3.0 Unported License.
Based on a work from this source