Yoon Bo-mi, Lee Se-jin, Jang Cheon, Sumin in "I'll Do That For You" 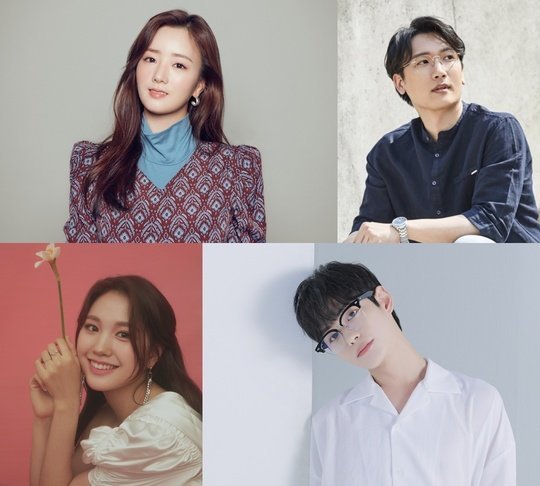 A-Pink member Yoon Bo-mi and Lee Se-jin from Mnet Produce X 101 are starring in the webdrama "I'll Do That For You".

Production company Mystery Friends announced on the 17th that "I'll Do That For You" has confirmed stars of Jang Cheon, the lawyer from "heart Signal", DreamNote's Sumin and actor Jung Jin-II.

"I'll Do That For You" is a romantic drama that revolves around Min-joo (Yoon Bo-mi), Kang-chan (Lee Se-jin), Bang-hee (Sumin) and Hyeon-beom (Jung Jin-II). The soul of dead Dae-yeon (Jang Cheon) goes into his sister, Min-joo, who has had a crush on Kang-chan for the longest time.

Dae-yeon 'makes the romance' in order to make her romance with her crush come true.

""I'll Do That For You" is going to be funny and romantic", said the production. "Yoon Bo-mi, Lee Se-jin, Sumin and Jung Jin-II are going to revive people's love cells and viewers can look forward to the transformation of lawyer Jang Cheon".

"Yoon Bo-mi, Lee Se-jin, Jang Cheon, Sumin in "I'll Do That For You""
by HanCinema is licensed under a Creative Commons Attribution-Share Alike 3.0 Unported License.
Based on a work from this source