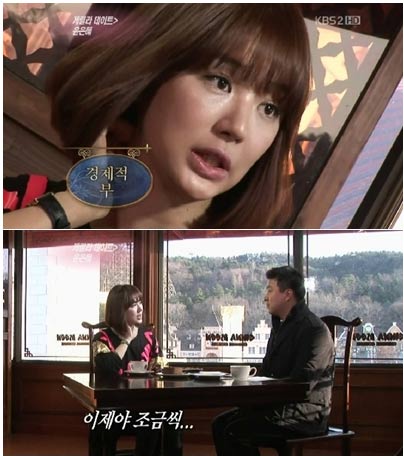 Yoon Eun-hye revealed she didn't have any income for 6 years after debut.

On the KBS TV "Entertainment Report" on the 26th, Yoon Eun-hye had a guerilla date.

She debuted in her teenage years through girl group Baby Vox then transformed into an actress and was in drama "Princess Hours" and movie "My Black Mini Dress".

She said, "I didn't earn nothing. When I was younger I spent a lot of money but compared to that I think I earned a lot".

However, "Despite the fact that I was well known after 6 years of debut I didn't have an income. Now my parents can relax and treat people around them sometimes too" and showed she was proud of herself.

"Yoon Eun-hye "6 years after debut, no income... now not so""
by HanCinema is licensed under a Creative Commons Attribution-Share Alike 3.0 Unported License.
Based on a work from this source