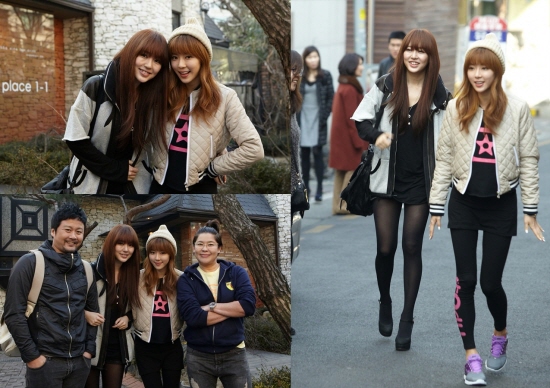 Actress Yoon Eun-hye and Park Han-byul appeared on "Taxi" and spoke about a few things that have been an issue.

On tvN's "Taxi" on the 3rd they relieved curiosity of those who were watching by answering questions as boldly as they were.

Especially Park Han-byul spoke about her feelings until she was able to reveal her relationship with singer Se7en. "We were young and just rookies. There was nothing we could do about it in the Korean Entertainment. Because I liked him so much, I had to lie for 10 years. I don't think anyone would be against that".

Yoon Eun-hye wide mindedly spoke about her issue of acting. "I think what brought hatred was the fact that I was a singer and I just happened to end up with a good role for a good project. Because I had so many flaws there were issues. I am working on improving myself in amidst of all that".

"Yoon Eun-hye and Park Han-byul on "Taxi"... witty talk"
by HanCinema is licensed under a Creative Commons Attribution-Share Alike 3.0 Unported License.
Based on a work from this source