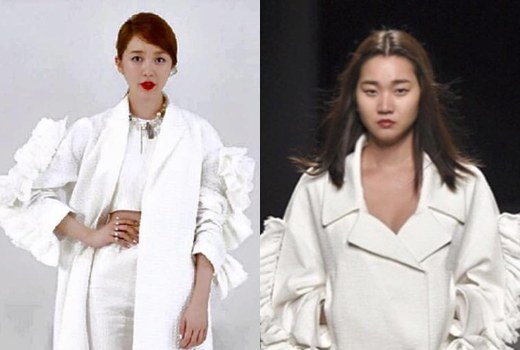 Yoon Eun-hye who is in the middle of a plagiarism dispute, continued to star in the Chinese TV show.

The outfit she wore in the show is the matter of issue here as she has been accused of copying the design of a famous national designer. She hasn't released an official statement yet regarding designer Yoon Choon-ho's statement.

He posted on his Facebook on the 4th, "An outfit similar to Arche's was on Chinese TV and she claimed it was made by someone else".

"Yoon Eun-hye stars in Chinese show despite dispute"
by HanCinema is licensed under a Creative Commons Attribution-Share Alike 3.0 Unported License.
Based on a work from this source