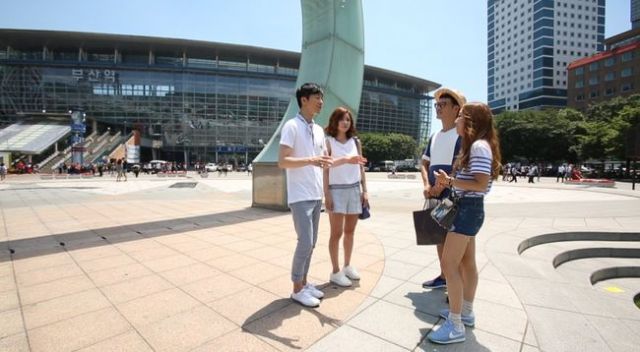 Jung In and Cho Jung-chi are actually a married couple, who registered their marriage in November, 2013, after the 11 year long dating relationship. The couple had co-starred in a pretend marriage reality show before Yoon Gun and Jang Seo-hee did.

In a recent filming for a show, the four people went on a trip together to Busan. During the trip, Jung In and Cho Jung-chi kept telling Yoon Gun and Jang Seo-hee, "We really hope it'll work well between you two. Consider it seriously".

The eventful summer vacation of the two couples will be aired through the reality show, 'With You' on August 6th.

"Yoon Gun and Jang Seo-hee go on vacation along with Jung In and Cho Jung-chi couple"
by HanCinema is licensed under a Creative Commons Attribution-Share Alike 3.0 Unported License.
Based on a work from this source