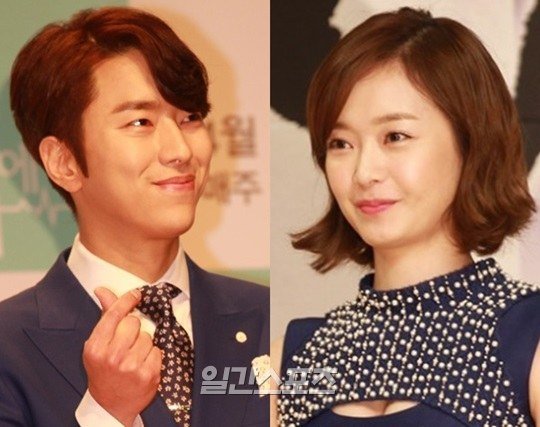 An entertainment reporter reported on Daily Sports, "Yoon Hyun-min and Jeon So-min met last year and have started seeing each other at the beginning of this year. They aren't hiding it and they are an official couple".

The two didn't hide the fact indeed. They were seen attending a VIP event together last week and were also seen at the after party. They didn't mind the numerous entertainment reporters that were there.

The two of them met through actor Jung Kyung-ho who met Yoon Hyun-min first in the 2013 JTBC drama "Heartless City". Then he starred in the SBS drama "Endless Love" with Jeon So-min. Knowing the two of them, Jung Kyung-ho had brought them together like a messenger.

Yoon Hyun-min's agency claimed, "They are close but we are not sure if they are actually dating or not". Jeon So-min's agency said, "We know she's meet meeting up with Jung Kyung-ho and a few of his friends. That's how she met Yoon Hyun-min and got close. We can't control private matters like who she's seeing".

Jeon So-min is almost at the end of her contract and she's talking about signing in with Yoon Hyun-min's agency. Apparently, her decision is unclear and it's too soon to claim anything.

Yoon Hyun-min is a former baseball player who later starred in the 2010 musical, "Looking for Kim Jong-wook", dramas "Inspiring Generation", "Discovery of Romance" and more.

Jeon So-min debuted in 2006 with "Cinderella". She then starred in "Queen Insoo", "Princess Aurora - Drama" and more.

"Yoon Hyun-min and Jeon So-min 4 months into romance"
by HanCinema is licensed under a Creative Commons Attribution-Share Alike 3.0 Unported License.
Based on a work from this source