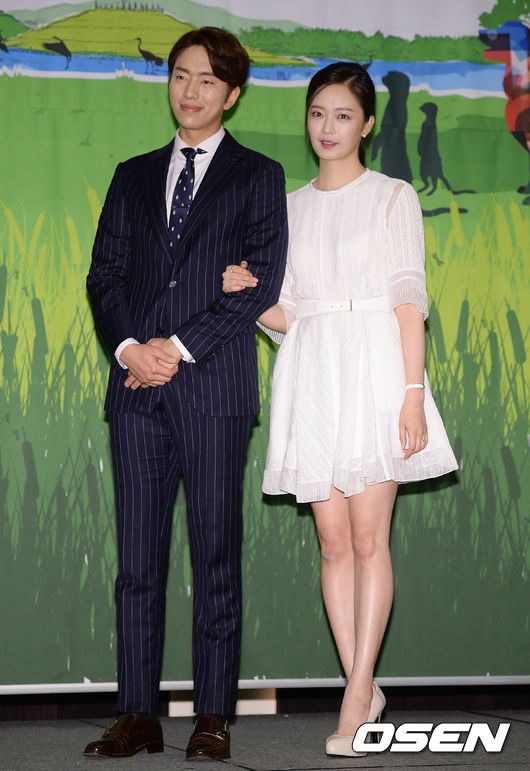 The actor and actress couple Yoon Hyun-min and Jeon So-min are attracting public attention with their activities together working as promotional ambassadors for Suncheon Bay International Animal Film Festival. The couple have recently admitted their relationship.

It is common that celebrity couples do not usually show up together especially right after they admitted their relationship. The public appearance by the couple drew more attention because of the reason.

Yoon Hyun-min and Jeon So-min said "Because it is for good cause" about the decision to appear together in public. Yoon Hyun-min said, "The news about our relationship came out about a few weeks ago. And we made this decision in the situation and became the ambassadors together. Also a friend of mine recommended us. We did not hesitate because we thought it was a very meaningful and good thing to do. We thought it'll be even better if we'd do it together".

The two have much interests in companion pets because they also keep a pet. Yoon Hyun-min said, "I have a pet. Her name is Ggoknim (Flower). I named her because I thought she's as pretty as flowers as soon as I met her". Jeon So-min also said, "I have a pet. I'd like to spend a good time with mine when I come down to the film festival this time".

The third Suncheon Bay International Animal Film Festival will take place from May 22nd to May 28th in the Suncheon Bay garden and the surrounding area.