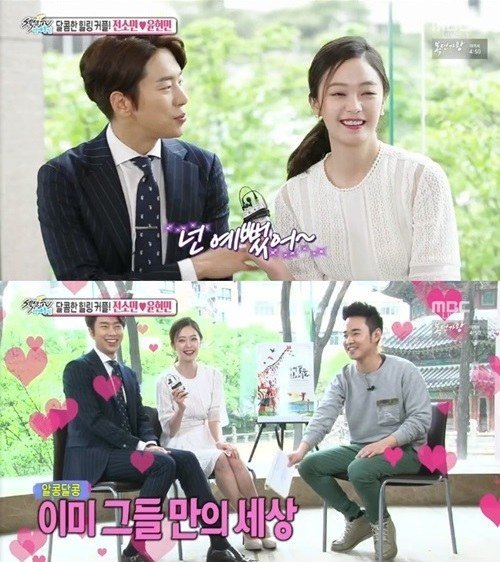 The two appeared on the MBC "Section TV News" and had an interview for being chosen for ambassadors of the Worldwide Animal Film Festival.

Yoon Hyun-min said, "I was asked to be the ambassadors for the Soonchun Dam Worldwide Animals Film Festival and I decided it would be better for the both of us to do it".

About their scandal, Yoon Hyun-min said, "I saw it on TV but they used not-so-pretty pictures of me".

He looked at Jeon So-min and said, "You were pretty".

"Yoon Hyun-min and Jeon So-min's lovable touch "
by HanCinema is licensed under a Creative Commons Attribution-Share Alike 3.0 Unported License.
Based on a work from this source