Yoon Je-moon and Jung So-min to star in movie 'Daddy You, Daughter Me' as father and daughter 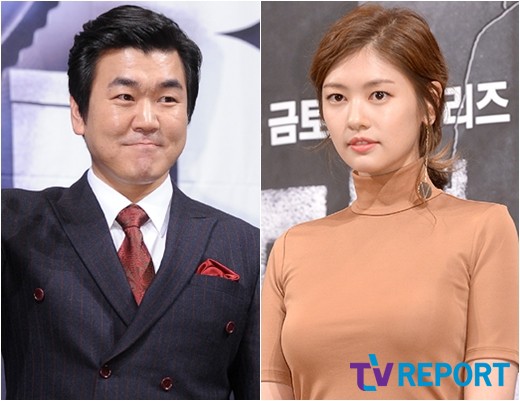 Multiple sources in movie industry on October 23rd told TV Report, "Yoon Je-moon and Jung So-min will co-star in movie "Daddy You, Daughter Me" (working title, directed by Kim Hyeong-hyeop and produced by KimCJ Films) as father and daughter.

Yoon Je-moon will reveal his unforeseen side by playing a dad in this new movie. He has been playing an intense role each time in movies such as 'Fist of Legend', 2013, 'Boomerang Family', 2013, 'My Dictator', 2014, "Three Summer Nights", 2015 and the drama, "Last". He is anticipated to present his strong screen presence in a different way this time.

Jung So-min will play daughter in the movie. Since she delivered such impressive acting performances in movie "Twenty" last year and in the drama currently running, "D-Day", she is drawing attention as to how she would bring out her best performances harmonized with actor Yoon Je-moon this time.

Director by Kim Hyeong-hyeop's debut film, "Daddy You, Daughter Me" will begin filming in November. The movie has not decided their distributor yet.

"Yoon Je-moon and Jung So-min to star in movie 'Daddy You, Daughter Me' as father and daughter"
by HanCinema is licensed under a Creative Commons Attribution-Share Alike 3.0 Unported License.
Based on a work from this source