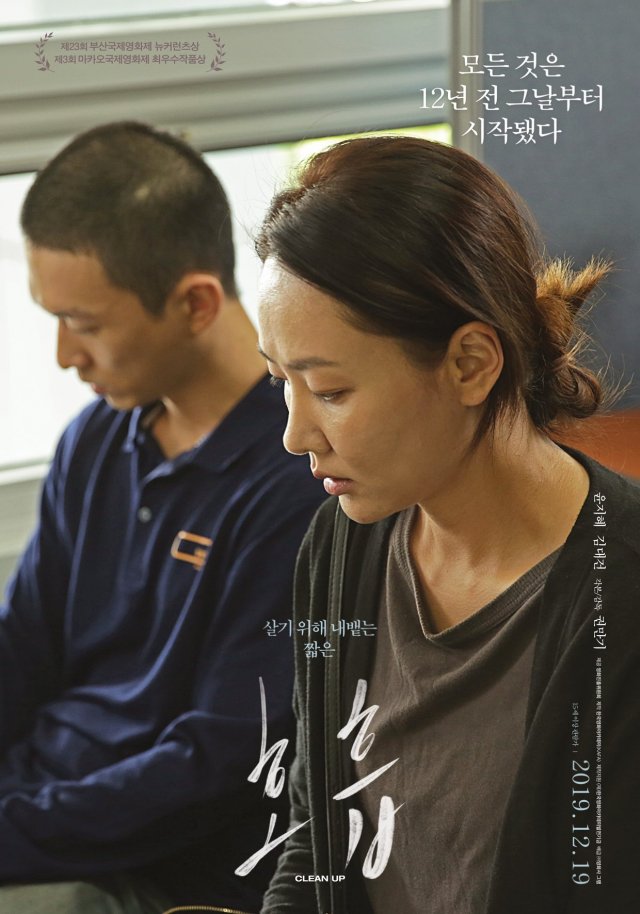 With the film "Clean Up" under fire for the reports made by actress Yoon Ji-hye, the Korean Academy of Film Arts expressed regret and said it would launch a fact-finding probe.

The KAFA released a statement on the 16th regarding the issues of the movie "Clean Up" brought up by actress Yoon Ji-hye. "We feel remorse for the fact that something this unfortunate has happened so close to the release of the 2017-produced film "Clean Up". It is with a heavy heart that the KAFA deals with this matter, as actress Yoon Ji-hye has gathered the courage to reveal her painful memories on social media".

"We cannot overemphasize the issue of abiding by the law and securing safety at the filming site", they said. "Our academy expresses deep regret over what caused the anxiety and inconvenience that actress Yoon Ji-hye pointed out at the filming site of the movie "Clean Up", regardless of why".

"Even so, the existence of directors and producers who have conflicting positions on the issues pointed out by actor Yoon Ji-hye is also a reality. We plan to set up a team of outside experts who can ensure objectivity, review the problems at the time of filming and proceed with a process to clarify the cause of the problem".

"In particular, we will fully examine whether the problems that occurred at that time were not just caused by mistakes or immaturity by some producers, but also by problems with the production management system of the Academy", the KAFA said. "We hope that this research process will result in improvements in the production environment that can be understood by everyone participating in the production of the Academy's works in the future".

Previously, actress Yoon Ji-hye brought up an issue with the poor production environment on her social media on the 14th and 15th and called it 'an unrecoverable and horrible experience'.

She said, "I had to get off a moving vehicle onto the road, completely exposed to danger, barely missing a taxi that was coming at me blaring its horn, obviously thinking I was a maniac, all because of the director who stayed glued to the monitor without saying 'cut'. In the scene taken in the subway, I still remember those actors who had to run around without a target under the pretense that this will all be a ' memory ' in the future".

"I don't know if they think it's a relief if there are no NGs, but all I can say is that they were just going at it without a plan. They are obviously doing their duties and some of the staff are great, but the set itself had no directions and no control. It was even embarrassing to be acting there. I've had it up to here and I had to say something about it, because I don't feel it was rewarding or memorable".

The next day on the 15th, Yoon Ji-hye wrote another long post saying, "I was the oldest and most experienced actress on set. The movie has become one of the worst experiences in my life. I am sorry I can't be responsible for those who were there and are disappointed. I couldn't help but speak up about this matter for my own health issues. I couldn't bear the pain".

"I hate the term 'no guarantee', which is regarded as a symbol of sacrifice and passion", Yoon Ji-hye, who received the amount of 1 million won (aprox. $855.00) and shared the money with her agency, said. "My personal hope that I wanted to fulfill regardless of money actually clashed with realistic matters that involve money. On a set which doesn't even have the minimum necessities, the result of the work produced there must hold the frontline actors responsible, and I have suffered from excessive stress".

Directed by Kwon Man-ki, this KAFA graduation film called "Clean Up" is about a woman named Jeong-joo (Yoon Ji-hye), who kidnapped a child years ago, and Min-goo (Kim Dae-geon), whose life has been destroyed since 12 years ago that day, meeting once again. It won two prizes at the 23rd Busan International Film Festival last year, including the New Currents Award and the KTH Award, and won the 3rd Macau International Movie Festival's Best Picture Award, and is set to be released on the 19th of this month. However, just days before its release, the movie faces a crisis due to the revelations of its actress.