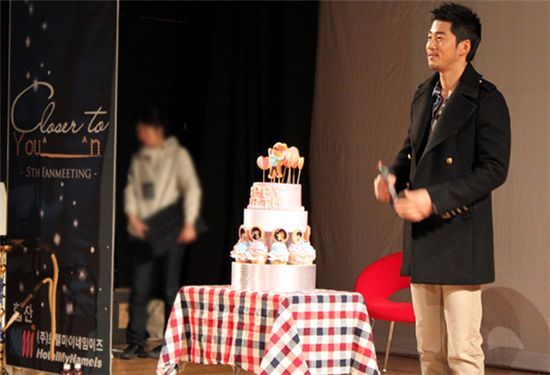 Korean singer and actor Yoon Kye-sang celebrated his birthday on Tuesday, holding a fan meeting for the event with over 200 fans in attendance.

His agency MyNameIs Entertainment announced in a press release today that Yoon met with fans from Korea and Japan for his fan meeting titled "2010 Closer to you____n" on December 19.

He held various events for the celebration including an exhibition which included pictures from his past works, question and answer session and a photograph session with fans.

"I hope that next year that I get to spend a longer time with my fans with a one night two days camp event", Yoon was quoted as saying.

Yoon recently finished filming movie whose titled is translated to "Poongsan Dog" which will open in local theaters in March next year. 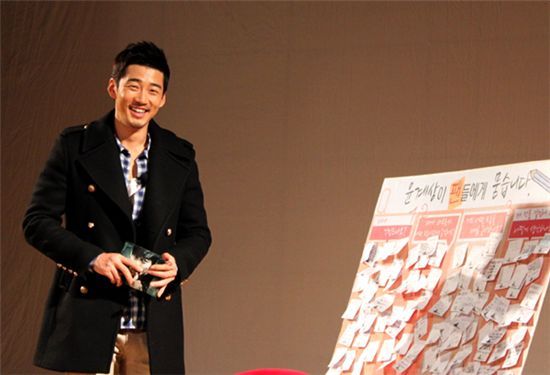 "Yoon Kye-sang holds birthday party fan meeting"
by HanCinema is licensed under a Creative Commons Attribution-Share Alike 3.0 Unported License.
Based on a work from this source