Yoon Kye-sang, "Lee Honey's reaction after the kiss? We are old..." 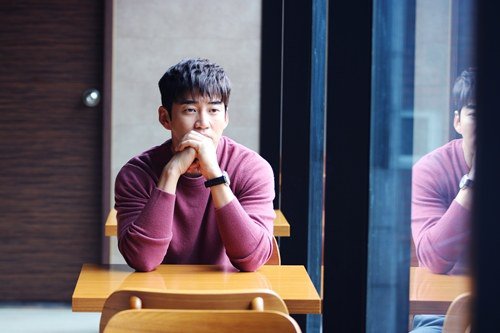 Actor Yoon Kye-sang talked about his lover Lee Honey and her reaction to "The Good Wife".

He said he was sad that the making of "The Good Wife" was over.

In "The Good Wife", prosecutor and husband Lee Tae-joon (Yoo Ji-tae) falls due to corruption and scandals so his wife Kim Hye-kyeong (Jeon Do-yeon) reclaims her job as a lawyer and finds her identity.

Yoon Kye-sang claims "The Good Wife" became the turning point of his career and said, "I was so happy throughout the making and the drama means a lot to me". 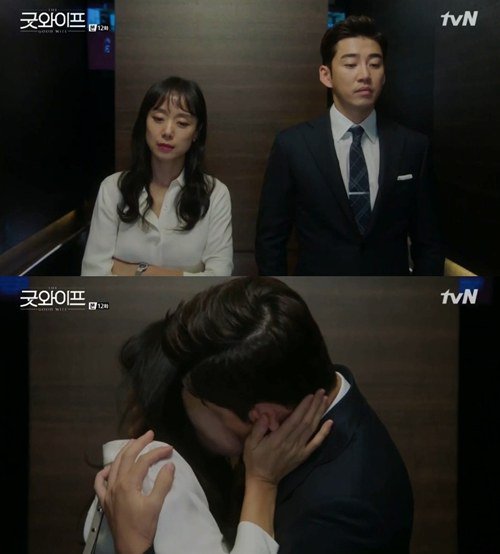 He kissed Jeon Do-yeon twice in the drama. The first time was when he showed her how he felt for her and the second time was when the two finally got to exchange feelings for each other.

The elevator kiss scene was the most popular as it could happen to anyone who was in the beginning stage of romance.

Yoon Kye-sang and actress Lee Honey have been together since 2013. We asked what her reaction was toward the kiss scene and Yoon Kye-sang laughed and said, "We are old". What he means is that they are too old to feel jealous about a kiss scene in a drama and also that their feelings for each won't be affected.

Apparently Lee Honey said the drama was fun and they support each other the best they can.

"Yoon Kye-sang, "Lee Honey's reaction after the kiss? We are old...""
by HanCinema is licensed under a Creative Commons Attribution-Share Alike 3.0 Unported License.
Based on a work from this source