Yoon Se-ah talks about the end of "A Gentleman's Dignity" 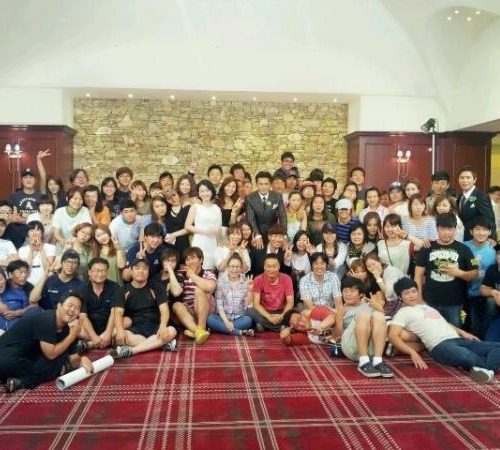 Yoon Se-ah talked about the ending of "A Gentleman's Dignity".

She posted on her Twitter on the 31st, "Everything is over! I was worried I would harm this drama but I am grateful to everyone who have been supportive of me during the drama and the crew especially!"

She then posted a picture titled, "Who's who?"

Including Jang Dong-gun, Kim Min-jong, Lee Jong-hyuk and Kim Soo-ro, there are Kim Ha-neul, Yoon Se-ah and the rest of the cast and crew of the drama in the picture posted.

Netizen's express disappointment in the drama's end and applaud the team for their good work.

"Yoon Se-ah talks about the end of "A Gentleman's Dignity""
by HanCinema is licensed under a Creative Commons Attribution-Share Alike 3.0 Unported License.
Based on a work from this source