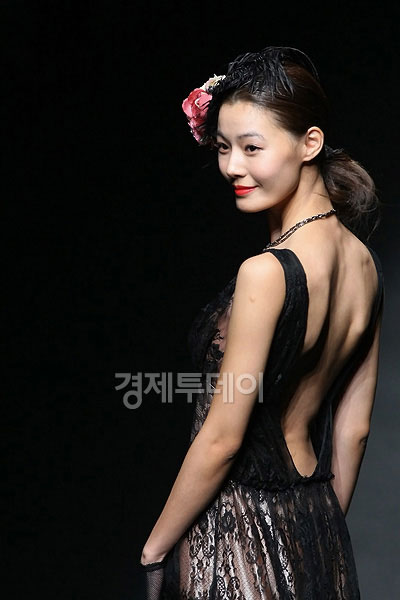 Actress Yoon So-yi has been chosen as the leading actress in the drama "Color of Woman".

In the Channel A drama, she is going to take on the role of Byeon So-ra, who is fiery and passionate about succeeding fairly through her hard work and skills.

Actress Eugene, who was initially set to take on this role, had to step down from it after negotiations with the crew as her sister had been in a car accident and suffered serious injuries.

Byeon So-ra is a plain looking woman from an ordinary family and lives life by working hard and gfacing challenges head-on. She has suffered before in life, but she eventually joins a cosmetics company and becomes a career woman who also discovers true love.

Some close to the drama said, "It was hard to get her on board as she is working overseas a lot, but thankfully she was able to join us. You should be able to see some sides of her that you've never seen before".

Yoon So-yi said, "The moment I read the script I really liked this character who trusts herself and lives life to the fullest . I think I can show you the most confident and strongly ambitious side of me. I think Byeon So-ra can solve the problems and concerns of many women in society, and that's what makes her more appealing. I am going to do my best to make a connection with many women in this drama".

Producer Kim Soo-yeong from MBC TV's "Princess Hours" and writer Lee Si-hyeon, who wrote the movie "Miss Gold Digger", Choi Yeon-ji from "Jealousy Is My Middle Name", co-writer Jeon Yong-seong from the movie "The Host 2" and Park Hyeon-jin from "Lovers of 6 Years" make up the production team for this drama. "Color of Woman" is about the competition and romantic lives of two women in a cosmetics company, and this comic melodrama should relate to many women in society.

Channel A's "Color of Woman" should air in December.

"Yoon So-yi selected as leading female in Channel A's "Color of Woman" "
by HanCinema is licensed under a Creative Commons Attribution-Share Alike 3.0 Unported License.
Based on a work from this source