Yoona and Suho's picture together 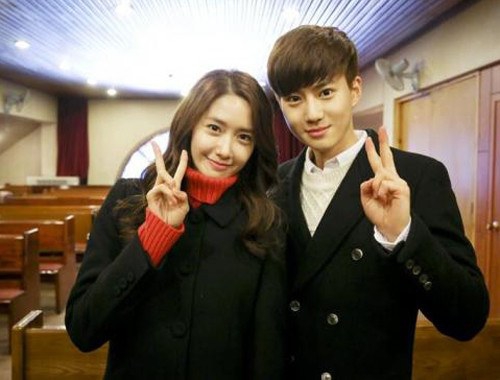 Girls' Generation Yoona and EXO Suho took a picture together.

SM Town Global Twitter posted a picture of them together from the drama "The Prime Minister and I".

Netizens say, "Their visual in unexplainable", "Lee Seung-gi might get jealous", "They are so good looking", "He's so sweet looking" and more.

Meanwhile, Suho appears in the KBS 2TV drama "The Prime Minister and I" as Kwon Yool's (Lee Beom-soo) son Kwon Woo-ri's (Choi Soo-han) friend and the one Kwon Na-ra (Jeon Min-seo) falls for at the chapel.

"Yoona and Suho's picture together"
by HanCinema is licensed under a Creative Commons Attribution-Share Alike 3.0 Unported License.
Based on a work from this source