Yoona in "The Prime Minister and I" 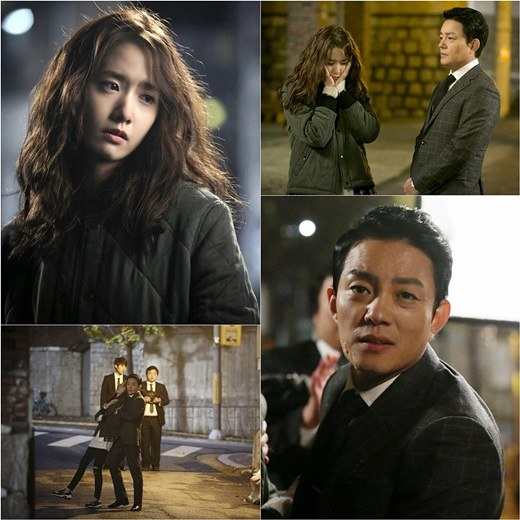 Behind-the-scene cuts of Lee Beom-soo and Yoona from the KBS 2TV drama "The Prime Minister and I" were released on the 3rd.

Kwon Yool (Lee Beom-soo) looks like he's really mad about his face being covered in puke. This is a scene taken by a residential area of Kwon Yool taking care of a very drunk Nam Da-jeong (Yoona).

Lee Beom-soo proved he was a pro at this. He was able to think of ad-libs even when she was puking all over the place.

Lee Beom-soo advised her about throwing up, telling her to 'bring it from' deep down and even taught her how to make puke. His efforts helped her ease up a little bit.

Yoona's drunken act was so real that she surprised everyone on set.

Yoona was then seen being taken away by Lee Beom-soo as she couldn't walk properly. She didn't care about the fact that she was breaking down off the camera but she was still cute enough that the male staff couldn't take their eyes off her.

Meanwhile, "The Prime Minister and I" is about a young and pretty girl struggling to get married to a stubborn prime minister.

"Yoona in "The Prime Minister and I""
by HanCinema is licensed under a Creative Commons Attribution-Share Alike 3.0 Unported License.
Based on a work from this source