Yoona of Girls' Generation Helps Spread the Gift of Giving 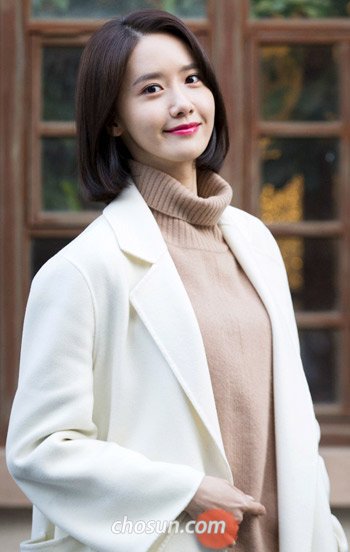 Yoon-a of Girls' Generation modeled for the year-end charity campaign for the Community Chest of Korea last month. When the organization asked Yoon-a to take part in encouraging others to donate, she willingly volunteered.

"I always wanted to be involved in spreading the culture of sharing, and I was actually grateful that I was given this opportunity", she said.

She shot an advertisement for the campaign which has been aired on TV and YouTube since last week.

Yoon-a has been active in helping people in need. She started making small donations to various charitable causes and the total amount surpassed W100 million in 2015 (US$1=W1,090).

"I think one good thing about being a celebrity is that I can share the joy of giving with more and more people", she said.

Yoon-a said she feels great joy when she sees her fans making donations or volunteering. In celebration of the 10th anniversary of Yoon-a's debut this June, her fan club held a photo exhibition and donated over W19 million raised through the event to help children in need.

"I've received so much support and love from my fans and I want to reciprocate. Sharing gives me a feeling of warmth", Yoon-a said.

So far, 38 entertainers and sports stars have donated over W100 million to the Community Chest of Korea, including ex-footballer Park Ji-sung, golfer Park In-bee, singer and actress Su-zy and actress Shin Min-ah. They make up just two percent of the total 1,687 people whose donations have reached W100 million. But their influence in spreading the culture of donation is bigger than what the figure suggests.

Kang Chul-hee at Yonsei University, said, "Good deeds by celebrities tend to be more impressive to people. Their donations have a ripple effect 10 times greater than donations made by ordinary people".

"Yoona of Girls' Generation Helps Spread the Gift of Giving"
by HanCinema is licensed under a Creative Commons Attribution-Share Alike 3.0 Unported License.
Based on a work from this source