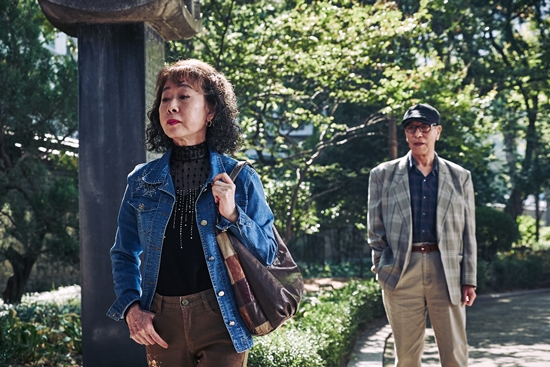 'The Bacchus Lady' received good reviews after it was shown at the World Premier event of the 66th Berlin International Film Festival. The US film magazine Variety acclaimed the movie highly with the comment, "Lee Jae-yong is as one of Korea's most consistent directors of art-house and intelligent commercial movies" and "Delivered shock with this movie again".

The movie is about what happens when So-yeong, a street-based sex worker in her 60s, who is well known for 'doing it so well she can almost kill you' among elderly men, actually kills one of her regular clients per request. The movie is wrapping up the post-production.

"Youn Yuh-jung, Jun Moo-song and Yoon Kye-sang's 'The Bacchus Lady' invited to Hong Kong Film Festival "
by HanCinema is licensed under a Creative Commons Attribution-Share Alike 3.0 Unported License.
Based on a work from this source