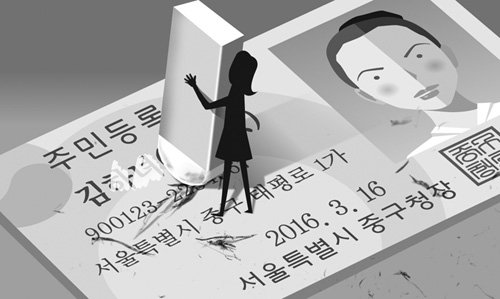 A growing number of young people are changing their name in a bid to land scarce jobs in a tough employment market. The aim is to make themselves sound more familiar and approachable.

One official at the Seoul Family Court said, "We get an average of 30 applications for name changes a day, and 10 of them are due to problems finding jobs".

It became easier for Koreans to change their given name after a landmark Supreme Court ruling in 2005 that considered it an individual right. Until then, name changes were allowed only under special circumstances.

The landmark ruling led to a flood of requests by people whose names were incorrectly registered due to typos or from those who had awkward-sounding names that made them subject to ridicule.

Between 2005 and 2015, more than 1.5 million people changed their name, or one in every 33 Koreans. Court officials had expected applications to taper off after those with awkward-sounding names had set things to right, but Supreme Court data show a steady 140,000 to 160,000 name change applications over the last five or six years.

Court officials attribute the trend to demand from desperate jobseekers.

Lawyers and notaries have begun to specialize in name changes, charging W130,000 to W150,000 per case (US$1=W1,192). In recent years, a growing number of foreigners have also changed their name after gaining Korean citizenship.

A court official said, "Perceptions have changed and young people no longer feel they need to live the rest of their lives with the name given them by their parents. If they don't like their name, they change their name even if it doesn't sound too bad".

The court approves most of the applications as long as there is no suspicion that they are trying to flee from the law.