Yu Jun-sang does it all 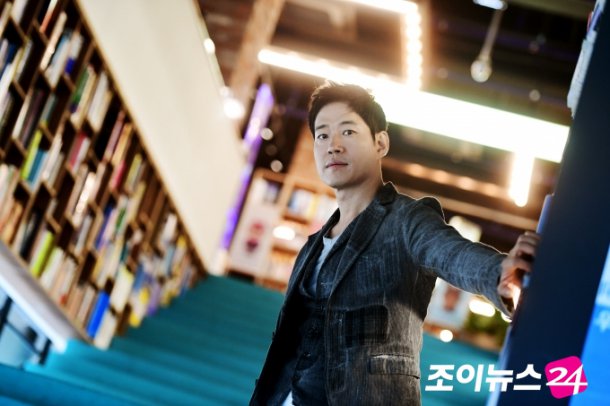 Yu Jun-sang managed to be in a drama and a musical at the same time.

He is currently in the SBS drama "Falsify" but he's also preparing for the musical "Ben Hur" that begins next month. He plays the part of Ben Hur.

An interview with the actor was held and he had just come from making the drama. He said, "The script is out to the 10th episode and we've filmed 8 episodes of it".

"Falsify" is a drama about reporters who struggle to report news based only on facts and Yu Jun-sang takes on the role of a bad-tempered social reporter called Lee Seok-min. He claims the drama was too good to pass on.

"I heard the director thought of me when he wrote it. He knew I'd be interested".

From Lee Seok-min, Yu Jun-sang becomes Ben Hur, a born royal who turns into a slave overnight. Yu Jun-sang says it takes a lot of mental stamina in a drama and a musical requires lots of physical stamina.

He has avoided exposure of his physical body until now but in this musical, that's impossible. Ben Hur has to get on the slave ship. Yu Jun-sang said, "I've been working on my body. I go to the gym no matter how late I finish work. I also use the stairs all the time".

"The drama is almost at an end and the musical begins in August. It's scheduled so that neither one affects the other. I memorized the musical as quickly as I could".

Meanwhile, "Ben Hur" will be performed from the 25th of August to the 29th of October.

"Yu Jun-sang does it all "
by HanCinema is licensed under a Creative Commons Attribution-Share Alike 3.0 Unported License.
Based on a work from this source