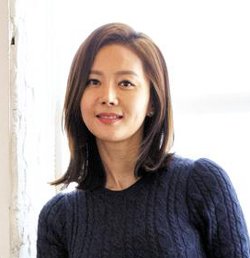 Out of Korea's 18.78 million wage earners in Korea, 6 million are non-regular or contract workers. Now the movie "Cart" by director Boo Ji-young which opened in theaters last week, deals with the plight of supermarket contract workers who face being laid off.

The movie touches on a sensitive topic as big businesses seek to minimize labor costs. Contract workers get lower pay than full-time staff, no job security and fewer or no benefits.

Yum Jung-ah, who plays the lead, has been praised for her portrayal of an ordinary woman. "I hope that this is a chance for others to pay attention to the voices of non-regular workers", she said.

Yeom quoted Kim Kang-woo, who plays a supporting part, as saying, "This is the first time that I actually cried watching a movie that I was in". Yeom added, "I was one of those people who looked at striking contract workers and wondered why they were protesting so loudly. But when I practically became one of them for a few months, I could understand their anger and frustration".

"Now I can see how difficult it is to be treated unfairly while no one wants to listen to your plight", she said. "I started to look at them from a whole new perspective". 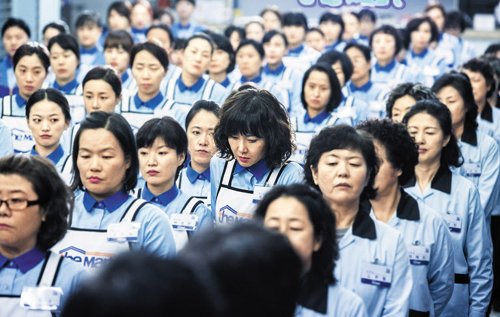 Yeom, who is usually cast in glamorous parts, said it wasn't very difficult for her to put herself in the shoes of a housewife in a low-paying job.

When asked how she feels about being in a movie that tackles a hot potato, Yeom said, "I had no problems with that. It was other people who seemed to worry. I always listen to my husband, and while he doesn't like me being in movies or soaps with a lot of smooching, he was really supportive this time".

She said she was thankful to see the movie drawing so much attention to the issue of contract workers. "My hope is that viewers will feel compelled to take a closer look at the issue. I hope that my choice to be in the movie will pay off".