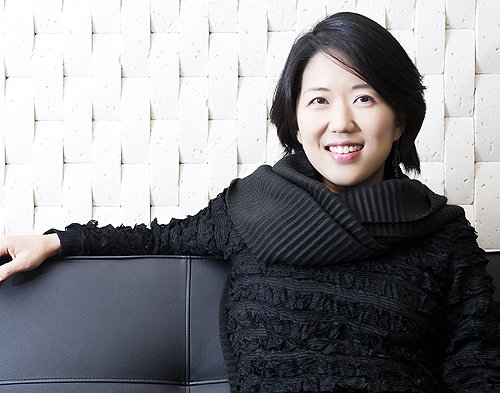 It's been 11 years since Yunjeong KIM at Finecut, a Seoul-based film company specializing in overseas sales and financing, has joined the Korean film industry. From her earlier days at Cineclick Asia to her current title as the Director of International Sales, Kim still enjoys every bit of her job discovering new films. KOBIZ caught up with Kim after her recent trip to the American Film Market (AFM).

KOBIZ: How did you get into the film industry and how long have you been with Finecut?

KIM: I was always searching for work that I could be passionate about - a field that was intellectually stimulating and not just one that has good name value and stable working conditions like a conglomerate. That was when I came across the [film] industry. It was attractive to me that a film was not a manufactured product but individual content with uniqueness that delves into human society. I started working for Cineclick Asia in October 2001, so I've been with the industry for 11 years now.

KOBIZ: You just returned from AFM. How was the market this year compared to previous years?

KIM: AFM this year was largely perceived as being quiet overall compared to previous years, but it was a productive timing for our company and even better than last year. It was an opportunity for us to build networks with new buyers in the region and our meetings with existing buyers in Europe, North America and Asia were also successful.

KOBIZ: What are some of your most recent sales deals?

KIM: Aside from the sales of "Poongsan" and"Hansel and Gretel" to Japan's Asia Films, we also sold "Hello Ghost" and "Night Fishing" to Japan. We also sold hit animation "Leafie, A Hen Into The Wild" to Italy, Portugal, Turkey, Indonesia and Middle East. Additionally, Kim Ki-duk's "ARIRANG - Movie" and Park Chan-wook's "Night Fishing" were sold to Germany while Park's film was also sold to Italy. "Blind" and "The Cat" were sold to Taiwan as well. We're also compiling our results from AFM at the moment.

KOBIZ: What do you think of the state of the international sales market these days?

KIM: The global film market is increasingly lacking on diversity due to expanding multiplex theaters, digital screening and the aggressive entries of Hollywood blockbuster films. The growing influence of local cinema in many countries also plays a big part. In countries where local cinema dominates, we see a dramatic split between local films versus Hollywood films. In countries with weaker local cinema influence, we see Hollywood films dominating the market. It looks like the demands for world cinema have temporarily declined. The expansion of digital screening, however, allows low-budget films to secure screens with less money. Overall, we have less diversity, but we also have more opportunities with new windows and approaches to introduce diverse films.

KOBIZ: Are there particular markets that you're interested in expanding or have expressed particular interest in Korean cinema recently?

KIM: Southeast Asia, Japan and Western Europe have consistently shown interest in Korean cinema and continues to show interest. Relatively Southwest Asia, South America and Eastern Europe have shown less interest. But increasingly with South American region, in particular, Korean dramas are attracting huge attention. It suggests that Korean contents have market potential in the region. We're making efforts to expand the market. We're particularly eyeing the Chinese market, given that it's a growing one and that the number of Korean film releases there have increased this year. Twohave already been released and two more, including Hello Ghost, are waiting to open in China this year.

KOBIZ: What's on your agenda for the European Film Market (EFM)?