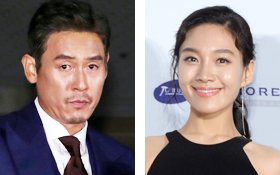 "Anarchist from Colony" had a roaring night at this year's Daejong Film Awards at the Sejong Center for the Performing Arts in Seoul on Wednesday. The period drama swept five trophies including best director, best actress, best new actress, best costume design, and best art direction.

Choi, who looked confident and well-prepared when she gave her speech accepting the best new actress award, burst into tears when her name was called as the winner of the best actress award.

But it was "The Taxi Driver" that claimed the award for the best film. Park Eun-kyeong-II, the producer of the film, said, "This movie resurrects painful memories in Korea's modern history. I sometimes think that some movies will outlive the people who make them".

Sol Kyung-gu  won best actor award for his performance in "The Merciless". He said, "As I get older, there are fewer new things I can show the world. I will do my best to show new side of me in every film I do".

Kim Young-ae, who died of cancer in April, was given a special award posthumously in honor of her long and illustrious acting career.

"'Anarchist from Colony' Sweeps Daejong Awards"
by HanCinema is licensed under a Creative Commons Attribution-Share Alike 3.0 Unported License.
Based on a work from this source