'Descendants of the Sun' Song Hye-kyo says, "Comeback to romance comedy in 12 years, it'll be quite different" 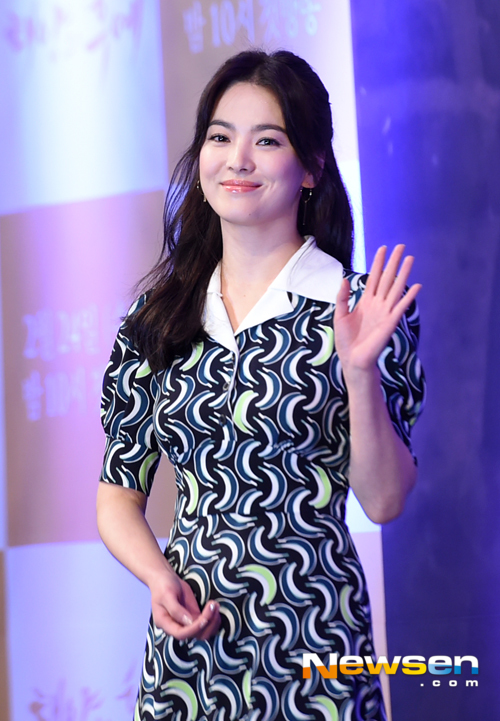 Song Hye-kyo shared her emotions about her drama comeback.

Song Hye-kyo revealed her feelings about her coming back to the small screen through a romance-comedy drama during the press conference of the KBS 2TV's Wednesday & Thursday drama 'Descendants of the Sun' press conference in Imperial Palace Hotel in Nonhyeon-dong, Seoul in the afternoon on February 22nd.

Song Hye-kyo opened up, "I'm always nervous each time I stand on a place like this to talk about a project. I'm feeling nervous right now".

She continued on, "When I read the script, I had so much fun because the two different styles of the writers were well-harmonized into the story. There was no reason why I should not take the offer. I'm also a fan of the "Secrets" director Lee Eung-bok.

This is my first time to appear in a proper romance-comedy since "Full House", 2004. Because ten years have passed, I guess what will be shown should be quite different now from then".

"'Descendants of the Sun' Song Hye-kyo says, "Comeback to romance comedy in 12 years, it'll be quite different""
by HanCinema is licensed under a Creative Commons Attribution-Share Alike 3.0 Unported License.
Based on a work from this source