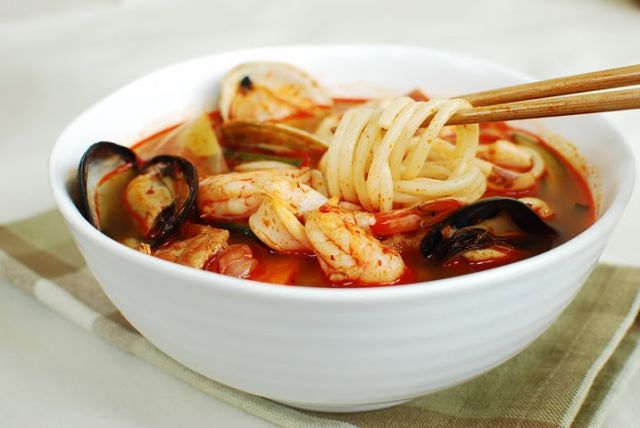 The amount of sodium per 1,000 g serving of jjambbong, or spicy noodle soup, stands at 4,000 mg, around twice the daily level recommended by the World Health Organization.

The Korean Food and Drug Administration on Tuesday released the nutritional content per serving of 130 types of dishes that Koreans enjoy when they eat out.

"In noodle soups, the broth accounts for 56 to 75 percent of sodium content, and the noodles 25 to 44 percent. So, eating less broth is the first step to reduce sodium intake", a KFDA official said.

Excessive intake of sodium increases the risks of hypertension and cardiovascular and kidney diseases.

The KFDA data also provided information on 27 kinds of nutritional content in the foods surveyed, such as the number of carbohydrates and calories.