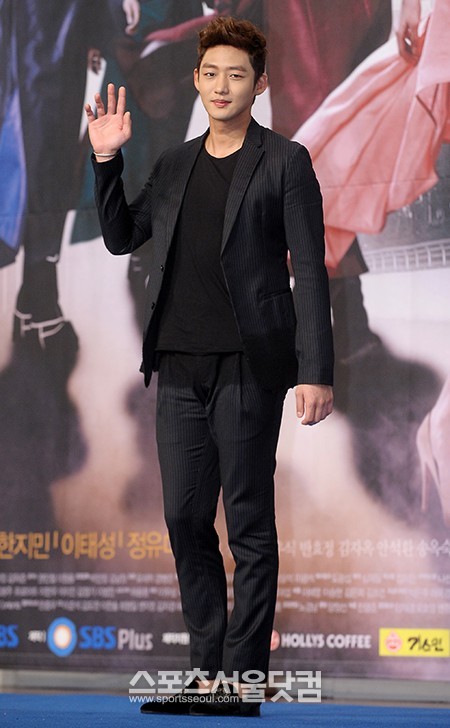 Actor Lee Tae-sung admitted that he was married and fans are shocked.

Lee posted on Twitter on the 23rd, "I think it's time to tell you. I am getting married! I hope you congratulate me. I am about to start a family!"

He had reported marriage in April with a woman 7 years older than him and they already have a son that's almost a year old. The wife is a beautiful office worker and they have a house in the Kyeonggi region.

However, most fans say, "Congratulations", "Great of you", "How upset he must've been having to hide his family without a choice", "I want to see his son", "I hope you are happy" and more.

Lee Tae-sung explained, "I wanted to firm my base as an actor before telling anyone about my marriage".

Lee debuted through the movie "Close to You" and became known for the 2009 drama, "Life is Good". He then acted in MBC "Hooray for Love" with Lee Bo-young and also in SBS drama "The Rooftop Prince".

"A wife 7 years older? Lee Tae-sung's shocking confession"
by HanCinema is licensed under a Creative Commons Attribution-Share Alike 3.0 Unported License.
Based on a work from this source