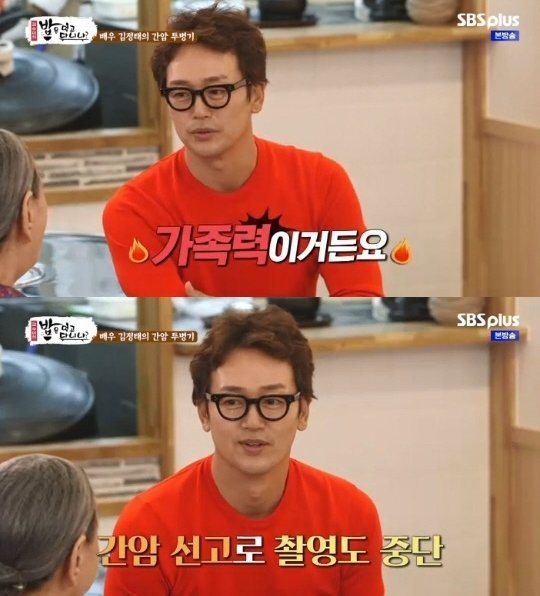 Kim Jung-tae appeared on the TV show "Are You Eating".

He explained that his liver cancer was getting better.

He said, "I've completed all chemo-treatments and go for a check-up every 3 months".

He recalled back to when he was diagnosed with the disease and said, "The figures on my liver were 30 times the average at the time. Thorough check-ups revealed that I had cancer, so I headed to the filming set myself and came to a conclusion with the production staff that I would quit the drama".

Kim Jung-tae showed appreciation for his wife who took care of him while he was sick. "She went through a lot of trouble. I've been to the verge of death and now I appreciate life more. I appreciate the little things in life".

Meanwhile, Kim Jung-tae was in the middle of filming the SBS drama "The Last Empress" when he felt ill.

"Actor Kim Jung-tae Updates on his Status After Liver Cancer Diagnosis"
by HanCinema is licensed under a Creative Commons Attribution-Share Alike 3.0 Unported License.
Based on a work from this source